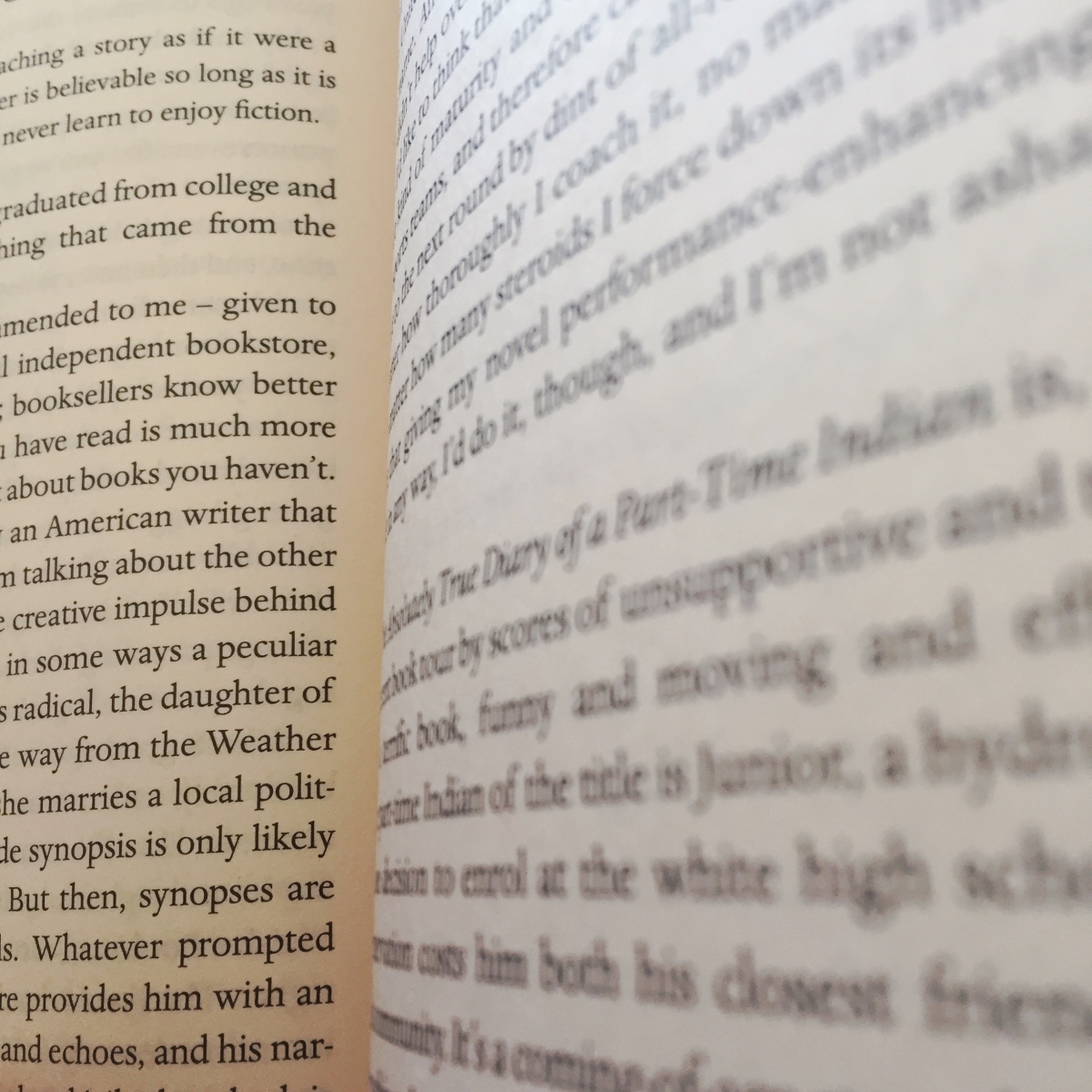 Only three (and a bit) weeks late, I here to you present my March book: Stuff I’ve Been Reading by Nick Hornby. To cut a long story short, read it. Every one. Right now.

Okay, if simply my insistence of its worth is not enough to compel you to devour this book immediately, allow me to convince you…

I won’t go so far as to say this book will change your life (although… ), all I will say is that I opened it an almost exclusive classical fiction reader and have closed it with a reading list the length of my arm – characterised by authors I’ve never heard of writing about things I’ve never heard of – and a collection of fascinating facts and quotes that I want to stick on my walls.

Hornby has a way of writing about people, places and things I have no idea about that is non-confronting, refreshingly non-PC and really very funny. Somehow he has seamlessly sold the idea of sincerely enjoying Teen Fiction, and has me wanting to read a book about Celine Dion, followed swiftly by a tome entitled Austerity Britain. I mean come on, this guy is good! Even if you are not interested in expanding your bibliographic horizons or lengthening your reading list, I recommend Stuff I’ve Been Reading as a genuinely entertaining and compelling read in and of itself. Despite Hornby’s regular (and apparently irresistible) detours into football-related metaphors and tid-bits (which he also makes wonderfully readable by the way for those who, like me, are not that way inclined) this gem of a read is littered with passages that may just change the way you see the world of literature all together.

For anyone even remotely interested in reading (or football, or just having a good laugh) this book is for you. You won’t regret it.

April’s book (which, at this rate will have to be a speedy read) has me equally and simultaneously excited and terrified. It is The Adventures of Inspector Lestrade by M J Trow and is (I suspect) going to be entirely brilliant or entirely, well, not. I am a bit of a Sherlock Holmes fan, and I am not referring to the (simply irresistible) RDJ and BC versions. ACD is my first love so M J Trow, you’ve big shoes to follow lest you never become a complete acronym in my affections.

Please, read along if Holmes is your thing and you have nothing better to do in the next 5 days than speed-read a potentially brilliant spin-off.